The CrossFit Woman: Taking the “Masculine” Out of Muscle and Owning My Body

Making the decision to do CrossFit is hard.

I will be very honest in saying that years ago, I had a lot of the typical pre-conceived notions about the sport and looked down on it. So, just signing up at a box and agreeing to commit time and money to something that intimidated me was a big step.

It forces you to grow physically, mentally, and even… emotionally. Ever wanted to cry while on a rower? I have (ok, a few times or ten). But getting through that made me feel like a superhero; like I had unlocked some sort of video game achievement level.

And being a woman is hard. I’ll just leave this here. It just is.

So. Being a woman in CrossFit is super freaking hard. Before we get further into this, there’s something I want you to read. Think of it as a good jumping off point:

“CrossFit, as it grows in popularity, continues to evoke passionate opinions and intense commentary.  There are the CrossFitters who fall in love with a sport that means more than exercise. There are the naysayers who believe it is dangerous and do their best to crucify it at every turn.  There are the enthusiasts and the detractors, both groups vocal and emphatic.

For women, however, the opinions and judgments and commentary surrounding CrossFit take on an additional layer of complexity.  Those women who choose to participate in CrossFit are often discussed and dissected, as though somehow a science experiment open to any who wish to poke and prod and examine:

Now, ladies (and gentlemen), I want to say before I go any deeper into the abyss, that I do not care if you decide to do CrossFit or not (although I think everyone should try 1 class in their lives). If you do not like the way you look or feel with added muscle, ladies, then you do you. I just want you to be healthy and happy. But I want to talk about my own experience. I started in dance.

And with that I always tried to attain a dancers body, one that I learned as an adult, is sometimes an incredibly unhealthy and one usually fueled by dark chocolate, diet coke, and cigarettes.

As I started working out, I became infatuated with the bodies of figure competitors. Never a desire to compete, but to look like that. Once again, this is flawed. While those ladies work incredibly hard, the way they look onstage is not reflective of how they look the other 99% of the time.

In all of this, I was NEVER going to find satisfaction in my appearance because I was trying to look like another person.

I was unwilling to accept that genetics were against me. I just wanted to be a 5’7” 118 pound ballerina with much smaller legs and a smaller butt.

Then after a lot of poking and encouragement (maybe just a hint of whining) from a friend I found CrossFit.

I came to CrossFit still wanting to look like a bikini model, but a shift happened over months of participating in WODs, one that I didn’t even notice until after it happened.

I started to fall in love with my body. I stopped trying to look like anyone but me.

For me, a lot of my self-consciousness (on many days I would go so far as to call it “self-loathing”) I felt on a day to day basis was mental. That seems obvious, but I didn’t see it that way. The body in the mirror just wasn’t good enough.

I talked earlier about CrossFit being hard. Well, it’s just as hard, if not harder, today than it was when I started two and a half years ago. But I have grown so much mentally. I have become a much more capable human being because of this sport, but more importantly, the community that comes with it.

To me, I look in the mirror and I see muscles. And I love it. To me, it isn’t so much physical, but those muscles are a reflection of my hard work and an homage to what my body is now capable of and all of the times I pushed myself in workouts or was humbled by a girl named “Fran”. And what’s funny, is that I now feel more feminine than ever. I look the most “masculine” I have ever looked, but because of the confidence I have in my skin, I feel more womanly and feminine than ever. And just to clarify, my physique is a daily choice and takes a lot of work. You don’t just walk into CrossFit and leave equipped with a new set of broad shoulders and a wider back. I make a daily choice to eat a certain way and push myself in the gym to support muscle growth. You can come to these classes and not look a lot different, you are in total control of how you look. But for most people, CrossFit is more about being able to climb stairs without losing their breath or being able to touch their toes. About becoming the best version of themselves.

I have never gotten more comments on my physique than I have in the last 10 months. There is a lot of good in there, but there is also a lot of snark and negativity. And while it doesn’t send me into a tailspin, it sometimes makes me sad to hear these things and it always makes me angry. People close to me expressing “concern” over me getting too muscular. And if I had a dollar for everytime someone either asked how much I bench or if I would beat them up, I would be driving a much nicer car. At no point, do these comments make me question my decisions, but I would be lying if I said they didn’t hurt me.

This statement, “Those women who choose to participate in CrossFit are often discussed and dissected, as though somehow a science experiment open to any who wish to poke and prod and examine.” rings true for me. It’s uncomfortable and just unnecessary, y’all.

I’ve been rambling and to be honest, I am not really sure how to sum this all up. I could go on and on about this topic and would love to discuss it more (and might in the future), but let’s end with a few things:

As Abe Lincoln told Bill and Ted, “Be excellent to each other. And… party on, dudes.” Whether you are someone struggling with body image issues or maybe bored with your routine or you just want to check out the community that completely changed my life… We want to meet you!

Come try a Free Class at Roux Fitness! All you have to do is click the link below. 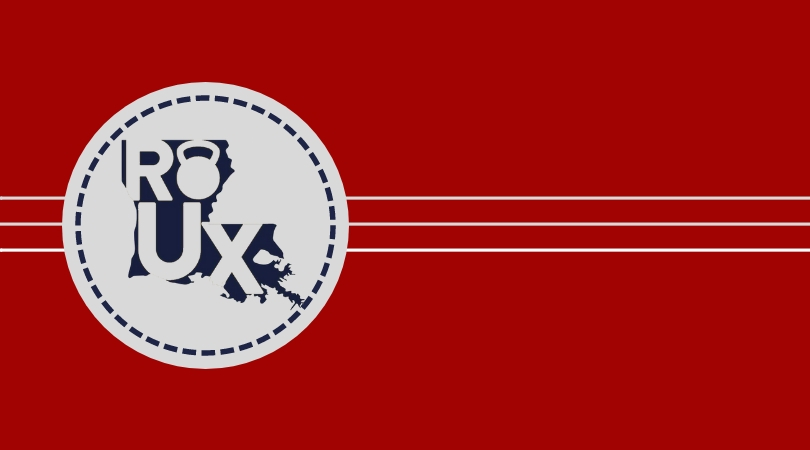