Coming Back to the Gym After Time Away: How I Broke Through the Mental Struggle

I remember the first day I stepped into a CrossFit gym. I was basically dragged there. I didn’t particularly like working out, but my husband convinced me to try.

I remember feeling intimidated before I stepped through the doors. I’m not even sure why, exactly. I specifically said that I didn’t think I was a “CrossFit type of girl”…whatever that means.

What I found on my first day was a bunch of really welcoming people. Sure, there were more experienced girls doing things like pull ups and lifting giant weights above their heads, but when I was there I felt more inspired than intimidated.

I kept coming back. At first, it was because I liked the people. Not only were the coaches nice, but every member of the gym was encouraging and friendly.

The longer I stuck with it though, I started coming back for another reason. Things started changing physically in my body.

I got stronger, and I learned new skills.

I remember the first day I did an assisted pull up. ME!  A pull up. The girl who had zero upper body strength. I didn’t care that it was assisted by a band. I did it, and I was pumped about it!

I became the stereotypical CrossFitter. I bragged on Facebook that I had done a pull up (I may have left out the part about it being assisted, ahem).

Experiences like that are what hooked me. The goal of working out was no longer to look better in a bathing suit or get healthy. The goal became seeing measurable improvement in skills and strength, and I saw improvement a lot.

By the way, looking better in a bathing suit and getting healthy came too… but this way of getting there was way more fun.

In the seven years I have done CrossFit, I’ve taken two breaks from the gym. Both times, it was to have my babies.

I was pregnant with my son I worked out until the day he was born, obviously scaling a lot of the movements.

I took 4 weeks off after his birth, and the day I came back to the gym, I felt intimidated all over again. This intimidation didn’t stem from me comparing myself to the other girls in the gym, it came because I knew how hard it would be to just get back to where I was.

Box jumps were in the workout that day. I decided that it would be best if I started slow, so I pulled out the shorter 12 inch box. I remember looking down at that box and thinking there was no way that my feet were going to come off the floor high enough to land on top. So, I did step ups.

I felt pretty defeated. I scaled the scaled movement. Oh, and I wasn’t just an athlete– I now owned the gym.

With the 20 lbs of extra baby weight, I couldn’t do pull ups anymore–  they had to be assisted. Remember how excited I was the first time I got an assisted pull up?  Now, doing them made me feel like a failure.

Even when I pushed myself and I was lying in a puddle of sweat on the floor, I’d compare myself to my former self and feel defeated.

Sometimes I wonder if I would have been disciplined enough to keep coming to the gym if I wasn’t the owner. That is how much my road back to CrossFit sucked.

I forgot about everything CrossFit had given me… the mental toughness to get through an unmedicated birth, the strength to do things that I never thought my body was capable of, the community of people who motivated me…

Instead, I focused on the discouragement.

I felt embarrassed for having to start from square one.

Did anyone else care if I modified the scaled movement?

Definitely not. But I did. I cared a lot.

At the end of the day, I just had to show up. I did the workout that was programmed for the day the best that my current body could. There were days that I would get into my car and cry out of frustration, and there were days where I’d surprise myself.

Eventually, I got to a place where I was in better shape than I was pre-baby.

Then, I got pregnant again.

Currently, I’m on my way back to getting in shape.

Most days, I still scale back the workouts– but I learned from my first experience that getting back in shape is much more of a mental battle than a physical one.

If I am able to push my ego aside and put one foot in front of the other, I’ll get back to where I once was… maybe even better.

So, if you’ve taken some time away from the gym, and you’re struggling with finding your way back, my best advice is to just start.

Maybe you’re recovering from an injury, maybe you just had a baby, or maybe life just got in the way– it doesn’t matter.

Maybe you’re embarrassed because you’ve gained all the weight back or you’ve lost all your strength.

Maybe you’re intimidated because you know how hard it’s going to be since you’ve already been down the road once.  It’s going to be really hard… so your head is telling you it’s better to not start.

Put one foot in front of the other. Give your body grace and put your ego aside.

Embrace the suck because it’s worth it in the end.

Just start.  You can do this. 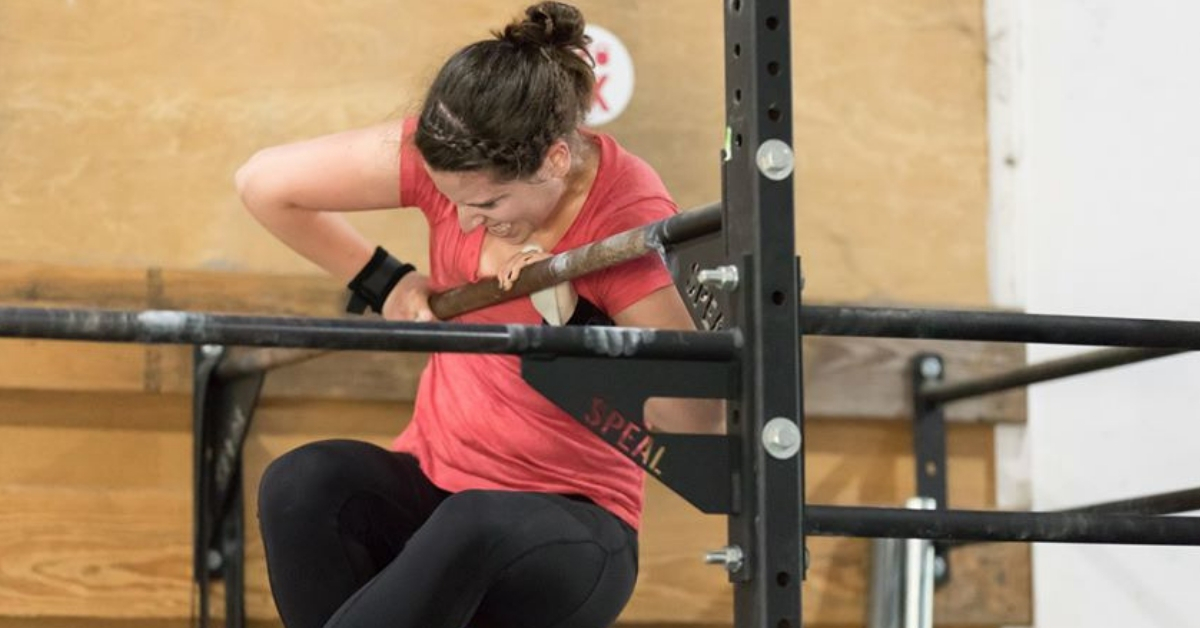 The CrossFit Open: Why I Hated It and Why I Can’t Wait for Round 2

The CrossFit Open: Why I Hated It and Why I Can’t Wait for Round 2